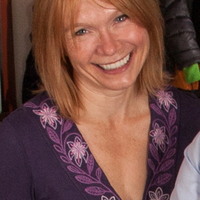 In psychology and cognitive neuroscience, the job description of the brain is to represent the external world, compensating for a lack of specificity in sensory input. While it is true that humans are representational creatures, this view is not ‘species-neutral’ in the way we sometimes assume, and it may not be appropriate to apply this model broadly across the animal kingdom; it gets evolutionary continuity precisely backwards. It also generates a particular kind of “scientific” (or even, scientistic) mind that is contrasted with a form of “mindless behaviourism” and then treats these as if they are the only two alternatives possible; an investigative strategy prominent in studies of comparative cognition. In recent years, there have been efforts to change the job description of the brain to one that is “performative”, rather than representational. These views—variously characterised as embodied, embedded, enactive and extended—consider the brain as part of a dynamical system in which brain, body and environment together generate psychological phenomena. Thus, they reject the idea that of a brain sits aloof from the senses, waiting to receive data on which it can put its inferential capacities to work. Here, I discuss how these ideas allow us to do justice to evolutionary continuity, but don’t require other creatures to be hairier, more feathery, less talkative versions of ourselves. This in turn has implications for how we think about our own evolution, and what we talk about when we talk about “minds”. I wish to make a case for thinking of behaviours as “expressive enactions”, where behaviour are criteria for appropriate psychological attributions, not inductive evidence for them.